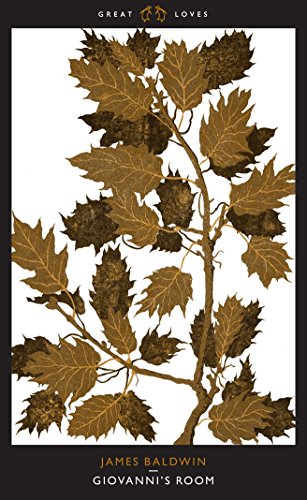 When David meets the sensual Giovanni in a bohemian bar, he is swept into a passionate love affair. But his girlfriend’s return to Paris destroys everything. Unable to admit to the truth, David pretends the liaison never happened – while Giovanni’s life descends into tragedy.

David, a young American in 1950s Paris, is waiting for his fiancée to return from vacation in Spain. But when he meets Giovanni, a handsome Italian barman, the two men are drawn into an intense affair. After three months David's fiancée returns and, denying his true nature, he rejects Giovanni for a 'safe' future as a married man. His decision eventually brings tragedy.

Filled with passion, regret and longing, this story of a fated love triangle has become a landmark of gay writing. James Baldwin caused outrage as a black author writing about white homosexuals, yet for him the issues of race, sexuality and personal freedom were eternally intertwined.

'If Van Gogh was our 19th-century artist-saint, James Baldwin is our 20th-century one' Michael Ondaatje

Born in Harlem in 1924, James Baldwin was a novelist, essayist, play­wright, poet, social critic, and the author of more than twenty books. His first novel, Go Tell It on the Mountain, appeared in 1953 to excellent reviews, and his essay col­lection The Fire Next Time was a bestseller that made him an influential figure in the civil rights movement. Baldwin spent many years in France, where he moved to escape the racism and homophobia of the United States. He died in 1987.