Items related to One Hundred Years of Solitude

One Hundred Years of Solitude 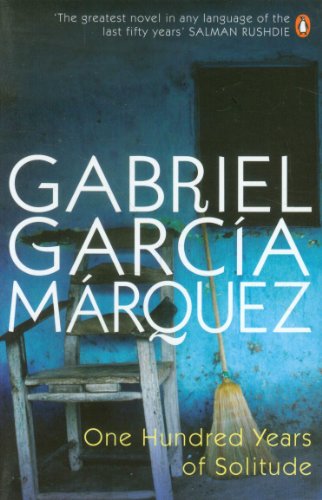 'Many years later, as he faced the firing squad, Colonel Aureliano Buendia was to remember that distant afternoon when his father took him to discover ice.' Pipes and kettledrums herald the arrival of gypsies on their annual visit to Macondo, the newly founded village where Jose Arcadio Buendia and his strong-willed wife, Ursula, have started their new life. As the mysterious Melquiades excites Aureliano Buendia's father with new inventions and tales of adventure, neither can know the significance of the indecipherable manuscript that the old gypsy passes into their hands. Through plagues of insomnia, civil war, hauntings and vendettas, the many tribulations of the Buendia household push memories of the manuscript aside. Few remember its existence and only one will discover the hidden message that it holds...This new edition of Gabriel Garcia Marquez's most celebrated novel is published to coincide with celebrations to mark the 80th birthday of this Nobel Prize winning author in 2007.

It's the most magical book I have ever read... I think [Márquez] has influenced the world (Caroline Herrera)

The book that sort of saved my life (Emma Thompson)

It's so much fun to read, unexpected and beautiful (Darryl Hannah)

1. One Hundred Years of Solitude [Paperback] Garcia Marquez, Gabriel; Translated From The Spanish By Rabassa, Gregory

2. One Hundred Years of Solitude