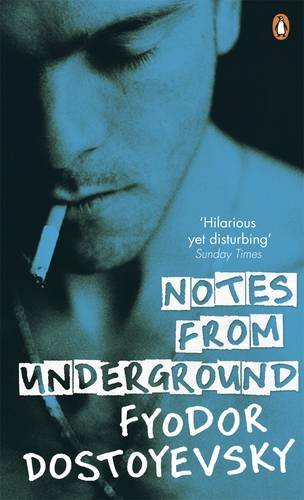 How far would you go to escape the real world?

The underground man had always felt like an outsider. He doesn't want to be like other people, working in the 'ant-hill' of society. So he decides to withdraw from the world, scrawling a series of darkly sarcastic notes about the torment he is suffering. Angry and alienated, his only comfort is the humiliation of others.

Is he going mad? Or is it the world around him that's insane?

'...a rant against natural laws and a scream of defiance form the man who lives underground. This book, superbly presented as always by Hesperus, is essential reading for the twenty-first century. Warning: not for the faint-hearted!' --The Use of English

'a canny work of literature... "Notes" is still a work of modern literature; it still can kick' --The New Yorker

A new translation of the most important of Dostoevsky’s shorter works.

Dostoevsky's Underground Man is a combination of the psychologically tortured poor clerk and the frustrated dreamer of his early stories, but his Notes from the Underground is a precursor of the great novels of ideas of his later career, with their ongoing central concern of the nature of free will.