Items related to The Story of a Life

Appelfeld, Aharon The Story of a Life

The Story of a Life 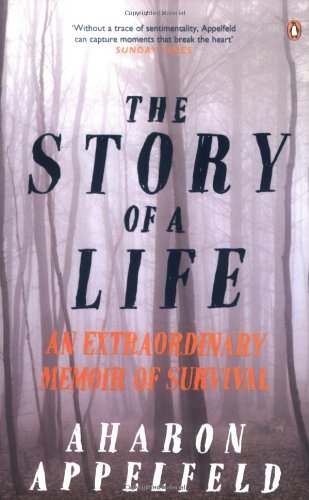 Aharon Appelfeld was the child of middle-class Jewish parents living in Romania at the outbreak of World War II. He witnessed the murder of his mother, lost his father, endured the ghetto and a two-month forced march to a camp, before he escaped. Living off the land in the forests of Ukraine for two years before making the long journey south to Italy and eventually Israel and freedom, Appelfeld finally found a home in which he could make a life for himself. Acclaimed writer Appelfeld's extraordinary and painful memoir of his childhood and youth is a compelling account of a boy coming of age in a hostile world.

"Appelfeld ... is a writer of genuine distinction, who [has] transformed his own experience into literature of exceptional clarity and power."
--The Washington Post About the Author:

Aharon Appelfeld is the author of more than twenty acclaimed works of fiction and non-fiction, including Badenheim 1939 (recently re-issued by Penguin Modern Classics), Tzili, The Iron Tracks and The Conversion. He lives in Israel.

1. The Story of a Life Applefeld, Aharon