Items related to Norfolk 2: North-West And South: North-west and South...

Norfolk 2: North-West And South: North-west and South v. 2 (The Buildings of England) 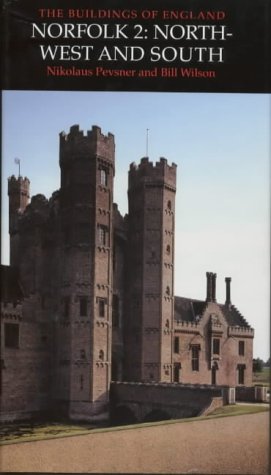 The second Norfolk volume covers an area stretching from the rich farmland along the coast to the deeply rural Suffolk border. On the north coast the fine houses and merchants' premises in the medieval port of King's Lynn are of unique interest. Rural highlights include the Norman keep of Castle Rising, the highly ornamented remains of Castle Acre Priory, and the monumental brick gatehouse of Oxburgh Hall. From a later age are the two supreme examples of the great Palladian country house: Holkham, seat of the Cokes, Earls of Leicester, and Sir Robert Walpole's Houghton, both with sumptuous interiors. Outstanding 20th Century work includes Tayler & Green's rural housing and the Smithsons' Hunstanton school.

"The greatest endeavour of popular architectural scholarship in the world." -- Jonathan Meades, The Observer, 25th November 2001.

Bill Wilson, author of NORFOLK 1: NORWICH AND THE NORTH-EAST brings to this book an unparalleled knowledge of Norfolk's historic buildings, the result of fifteen years of investigation. He has carried out surveys of the buildings of 25 East Anglian towns for English Heritage, and has completed for the National Trust an examination of all their properties in the East Anglia region, as well as many surveys for private clients.

Buy Used
8vo. 864pp. From the Buildings... Learn more about this copy

Book Description Penguin Uk, 1999. Condition: Good. A+ Customer service! Satisfaction Guaranteed! Book is in Used-Good condition. Pages and cover are clean and intact. Used items may not include supplementary materials such as CDs or access codes. May show signs of minor shelf wear and contain limited notes and highlighting. Seller Inventory # 0140710604-2-4

4. Norfolk 2: North-West And South: North-west and South v. 2 (The Buildings of England)