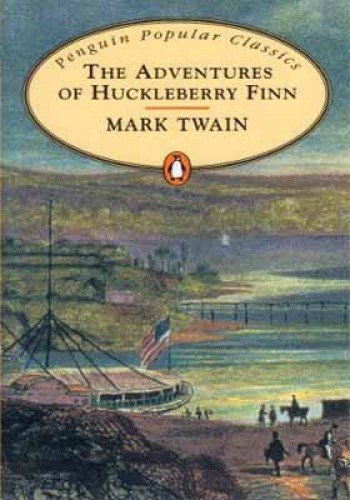 Wild child Huck has to get away. His violent drunk of a father is back in town again, raising Cain. He won't rest until he has Huck's money. So the enterprising boy fakes his own death and sets out in search of adventure and freedom. Teaming up with Jim, an escaped slave with a price on his head, the two fugitives go on the run, travelling down the wide Mississippi River. But Huck finds himself wrestling with his conscience. Should he save Jim, or turn his friend over to a terrible fate?

A seminal work of American literature that still commands deep praise and elicits controversy, The Adventures of Huckleberry Finn is essential to the understanding of the American soul. The recent discovery of the first half of Twain's manuscript, long thought to be lost, made front-page news. And this unprecedented edition, which contains for the first time omitted episodes and other variations present in the first half of the handwritten manuscript, as well as facsimile reproductions of thirty manuscript pages, is indispensable to a fuller understanding of the novel. The changes, deletions and additions made in the first half of the manuscript indicate that Mark Twain frequently checked his impulse to write an even darker, more confrontational book than the one he finally published.

"One of the great scholarly enterprises of the century. . . . If you want to enjoy, and to understand fully, the genius of Mark Twain, the California editions are the only texts to have." "London Telegraph [Michael Shelden]

Book Description Penguin Classics, 2007. Paperback. Condition: Used; Good. **SHIPPED FROM UK** We believe you will be completely satisfied with our quick and reliable service. All orders are dispatched as swiftly as possible! Buy with confidence!. Seller Inventory # mon0002231741

Book Description Paperback. Condition: Very Good. The book has been read, but is in excellent condition. Pages are intact and not marred by notes or highlighting. The spine remains undamaged. Seller Inventory # GOR004552862

Book Description Penguin Classics, 2007. Condition: Good. Ships from the UK. Former Library book. Shows some signs of wear, and may have some markings on the inside. Seller Inventory # GRP71517068