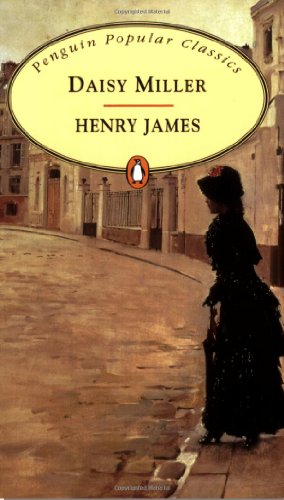 Travelling in Europe with her family, Daisy Miller, an exquisitely beautiful young American woman, presents her fellow-countryman Winterbourne with a dilemma he cannot resolve. Is she deliberately flouting social convention in the outspoken way she talks and acts, or is she simply ignorant of those conventions? When she strikes up an intimate friendship with an urbane young Italian, her flat refusal to observe the codes of respectable behaviour leave her perilously exposed. In Daisy Miller James created his first great portrait of the enigmatic and dangerously independent American woman, a figure who would come to dominate his later masterpieces.

"Everything about this edition commends it to instructors, students, and general readers alike. Kristin Boudreau's authoritative introduction provides an excellent orientation, no less for seasoned scholars than for students discovering Henry James. The text of the novella is well chosen--the 1879 Harper edition, capturing the freshness of James's early style (as opposed to the ornate 1909 revision), but with the benefit of James's revisions of the first magazine and book versions. Twelve appendices offer contemporary materials that cast strong and helpful lights on key aspects of James's art and of the literary and cultural contexts of this early masterpiece."--Daniel Mark Fogel

Henry James was born in 1843 in Washington Place, New York, of Scottish and Irish ancestry. His father was a prominent theologian and philosopher and his elder brother, William, is also famous as a philosopher. He attended schools in New York and later in London, Paris and Geneva, entering the Law School at Harvard in 1862. In 1865 he began to contribute reviews and short stories to American journals. In 1875, after two prior visits to Europe, he settled for a year in Paris, where he met Flaubert, Turgenev and other literary figures. However, the next year he moved to London, where he became so popular in society that in the winter of 1878–9 he confessed to accepting 107 invitations. In 1898 he left London and went to live at Lamb House, Rye, Sussex. Henry James became a naturalized citizen in 1915, was awarded the Order of Merit and died in 1916.

In addition to many short stories, plays, books of criticism, autobiography and travel, he wrote some twenty novels, the first published being Roderick Hudson (1875). They include The Europeans, Washington Square, The Portrait of a Lady, The Bostonians, The Princess Casamassima, The Tragic Muse, The Spoils of Poynton, The Awkward Age, The Wings of the Dove, The Ambassadors and The Golden Bowl.