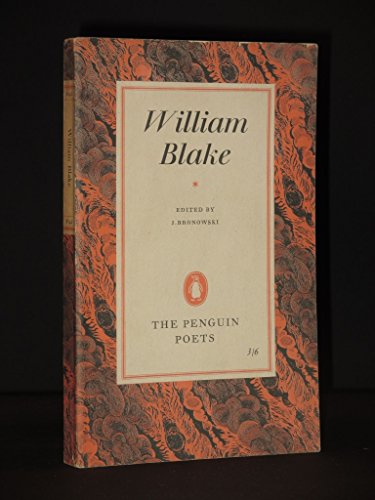 250 pages. Book is in Very good condition throughout. The only exception is a small inscription to the inside page.

William Blake was born in Soho in 1757 and lived in London all of his life, with the exception of three years spent in Bognor Regis. In 1772 Blake became an apprentice engraver and went on to study at the Royal Academy, where he exhibited in 1780. Blake married Catherine Boucher in 1782 and the following year his first 'illuminated book' Poetical Sketches was printed. Blake's talents in both the visual arts and literature have made him a seminal figure of the Romantic period and he is regarded as one of Britain's greatest poets. He died in 1827.