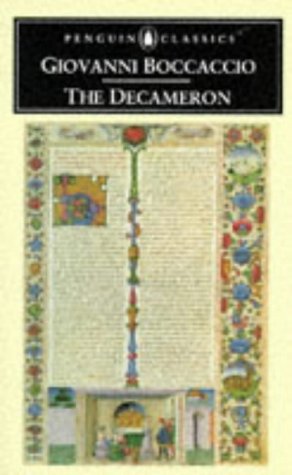 In the early summer of the year 1348, as a terrible plague ravages the city, ten charming young Florentines take refuge in country villas to tell each other stories - a hundred stories of love, adventure and surprising twists of fortune which later inspired Chaucer, Keats and Shakespeare. While Dante is a stern moralist, Boccaccio has little time for chastity, pokes fun at crafty, hypocritical clerics and celebrates the power of passion to overcome obstacles and social divisions. Like the Divine Comedy, the Decameron is a towering monument of medieval pre-Renaissance literature, and incorporates certain important elements that are not at once apparent to today's readers. In a new introduction to this revised edition, which also includes additional explanatory notes, maps, bibliography and indexes, Professor McWilliam shows us Boccaccio for what he is - one of the world's greatest masters of vivid and exciting prose fiction.

"McWilliam's finest work, [his] translation of Boccaccio's Decameron remains one of the most successful and lauded books in the series." --The Times (London)

Boccaccio was born in Florence in 1313. He later moved to Naples, where he became part of the circle at court and started writing books. In 1348, he witnessed the plague in Florence, which killed half the city's population and would become the backdrop to his masterpiece,The Decameron. In later life he befriended the poet Petrarch, who left to him in his will an ermine robe to keep him warm when studying on winter nights. Boccaccio died in 1375.