Items related to Notes from Underground and The Double

Dostoyevsky, Fyodor Notes from Underground and The Double

Notes from Underground and The Double 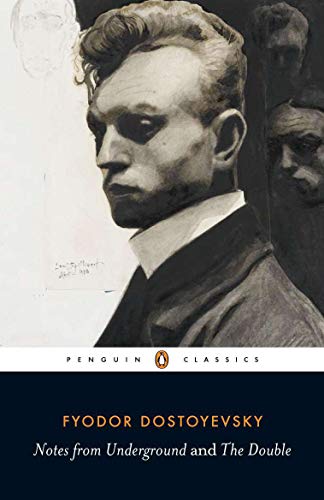 'Notes from Underground' (1864) is a study of a single character, 'the real man of the Russian majority', and a revelation of Dostoyevsky's own deepest beliefs. One of his best critics has said of the first part that it forms his 'most utterly nakedpages.Never afterwards was he so fully and openly to reveal the inmost recesses, unmeant for display, of his heart.'
'The Double' (1846) is the nightmarish story of Mr Golyadkin, a amn who is haunted or possessed by his own double. Is 'Mr Golyadkinjunior' really a double or simply a earful side of his own nature? This uncertainty is what gives urgency and horror to a tale which may be read as a classic study of human breakdown.

NOTES FROM UNDERGROUND; THE DOUB