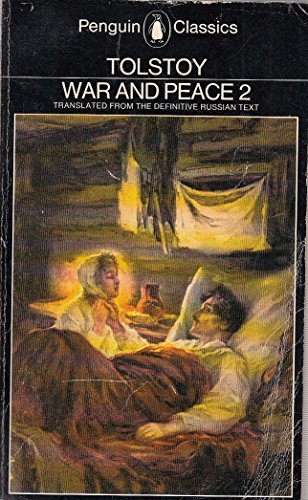 Presents the classical epic of the Napoleonic Wars and their effects on four Russian families, together with critical and textual notes

Leo Tolstoy was born in 1828 in the Tula province. He studied at the University of Kazan, then led a life of pleasure until 1851 when he joined an artillery regiment in the Caucasus. He established his reputation as a writer with The Sebastopol Sketches (1855-6). After a period in St Petersburg and abroad, he married, had thirteen children, managed his vast estates in the Volga Steppes and wrote War and Peace (1869) and Anna Karenina (1877). A Confession (1879-82) marked a spiritual crisis in his life, and in 1901 he was excommuincated by the Russian Holy Synod. He died in 1910, in the course of a dramatic flight from home, at the railway station of Astapovo.