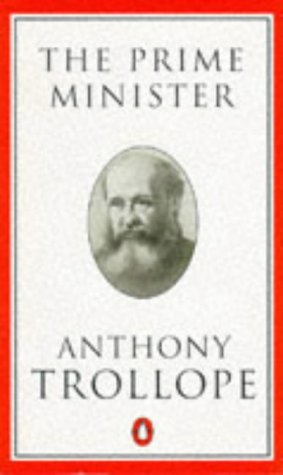 The story of the unscrupulous Ferdinand Lopez, who succeeds in being selected as a parliamentary candidate for the Palliser pocket borough. A blackmail scandal involving Lady Glencora involves the Prime Minister in making a payment to Lopez, an affair which then appears in the gutter press.

Can a morally scrupulous English gentleman make an effective Prime Minister? This is one of the enduringly fascinating problems posed in The Prime Minister (1876). And as Plantaganet Palliser, Duke of Omnium, overenthusiastically supported by Lady Glencora, presides over the Coalition government, Trollope reaches into the highest echelons of the English establishment, depicting political realities rather than ideology, portraying social, sexual and domestic politics as well as the public variety. The world of the novel is perplexed and dominated by the handsome impostor Ferdinand Lopez. Even the Duke and Duchess are not immune to his malign influence, as Lopez pursues Emily Wharton for her charm and her fortune, and plots to win membership of that most exclusive of English clubs, the Houses of Parliament.

Book Description Penguin Classics, 1994. Condition: Good. Reissue. Shows some signs of wear, and may have some markings on the inside. Seller Inventory # GRP57879589

Book Description Penguin Classics. Paperback. Condition: GOOD. Spine creases, wear to binding and pages from reading. May contain limited notes, underlining or highlighting that does affect the text. Possible ex library copy, will have the markings and stickers associated from the library. Accessories such as CD, codes, toys, may not be included. Seller Inventory # 3080646060

Book Description Penguin Publishing Group. Paperback. Condition: Fair. A readable copy. All pages are intact, and the cover is intact. Pages can include considerable notes-in pen or highlighter-but the notes cannot obscure the text. At ThriftBooks, our motto is: Read More, Spend Less. Seller Inventory # G0140438378I5N00

Book Description Penguin Publishing Group. Paperback. Condition: Fair. A readable copy. All pages are intact, and the cover is intact. Pages can include considerable notes-in pen or highlighter-but the notes cannot obscure the text. At ThriftBooks, our motto is: Read More, Spend Less. Seller Inventory # G0140438378I5N00

Book Description Penguin Books Ltd, 1993. Paperback. Condition: Used; Good. **SHIPPED FROM UK** We believe you will be completely satisfied with our quick and reliable service. All orders are dispatched as swiftly as possible! Buy with confidence!. Seller Inventory # 3562832

Book Description Paperback. Condition: Good. The book has been read but remains in clean condition. All pages are intact and the cover is intact. Some minor wear to the spine. Seller Inventory # GOR004510445