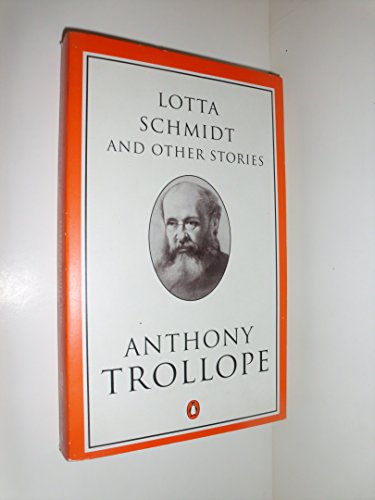 369 pp , # 23 .. About the author :: Anthony Trollope (London, April 24, 1815 --Londres , December 6, 1882 ) was one of the most successful , prolific and respected English novelists of the Victorian Era . Some of the most popular works of Trollope , known as the Chronicles of Barsetshire or Barchester novels revolve around the imaginary county of Barsetshire , but also wrote penetrating novels on political issues and social and sexual conflicts of his time ... Trollope has always been a popular novelist. They have been fans of his novels Sir Alec Guinness (who never traveled without a novel of Trollope ) , former British Prime Minister Sir John Major, the economist John Kenneth Galbraith, American popular mystery writer Sue Grafton and screenwriter and playwright Harding Lemay . Trollope 's literary reputation declined somewhat during his last years of life , but as of mid-twentieth century regained favor with the critics. Sir Ifor Evans notes that during the bombing of Britain in World War II , Trollope 's novels were the favorite reading of large numbers of people ... not yet officially adhering to realism, it attempts to describe social media. Sometimes , the characterization of his characters going through tedious pages , because Trollope is not distinguished precisely by brevity (Bernard ) .... After his death , he published his autobiography delicious ( Autobiography ) . The loss of esteem among critics is part of this volume , in which he boasted of working with the regularity of a good officer and refers to the art of writing novels as if it was something as simple as mending shoes. Already during his literary career , critics reproached him for his prodigious amount of work ( as did regarding his contemporary Charles Dickens, but when Trollope revealed that indeed followed a fixed schedule , confirmed his worst fears . La Musa , from their point of view , could justify such a wide production, but never adjusted to a fixed schedule . it is interesting that

The stories in this collection encompass a variety of themes and are set in a number of different lands. Lotta Schmidt herself is an attractive woman of Vienna, whose heart is melted by the sensitive zither-playing of her admirer Herr Crippel.