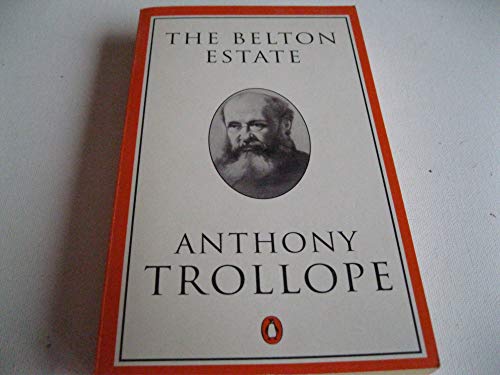 A novel in "The Penguin Trollope" series, which contains all of Trollope's novels, short stories and autobiography published in the order in which they were written.

Book Description Penguin Books, Limited, 1993. Condition: Good. Shows some signs of wear, and may have some markings on the inside. Seller Inventory # 299666-6

Book Description Penguin Publishing Group. UK- A Format Paperback. Condition: Good. No Jacket. A copy that has been read, but remains in clean condition. All pages are intact, and the cover is intact. The spine may show signs of wear. Pages can include limited notes and highlighting, and the copy can include previous owner inscriptions. At ThriftBooks, our motto is: Read More, Spend Less. Seller Inventory # G014043819XI3N00

Book Description Penguin Publishing Group. UK- A Format Paperback. Condition: Fair. No Jacket. A readable copy. All pages are intact, and the cover is intact. Pages can include considerable notes-in pen or highlighter-but the notes cannot obscure the text. At ThriftBooks, our motto is: Read More, Spend Less. Seller Inventory # G014043819XI5N00

Book Description -. Paperback. Condition: Very Good. The Belton Estate (Penguin Trollope) This book is in very good condition and will be shipped within 24 hours of ordering. The cover may have some limited signs of wear but the pages are clean, intact and the spine remains undamaged. This book has clearly been well maintained and looked after thus far. Money back guarantee if you are not satisfied. See all our books here, order more than 1 book and get discounted shipping. Seller Inventory # 7719-9780140438192

Book Description Penguin Classics 27/05/1993, 1993. Condition: Very Good. Shipped within 24 hours from our UK warehouse. Clean, undamaged book with no damage to pages and minimal wear to the cover. Spine still tight, in very good condition. Remember if you are not happy, you are covered by our 100% money back guarantee. Seller Inventory # 6545-9780140438192

Book Description Penguin Classics, 1994. Condition: Good. A+ Customer service! Satisfaction Guaranteed! Book is in Used-Good condition. Pages and cover are clean and intact. Used items may not include supplementary materials such as CDs or access codes. May show signs of minor shelf wear and contain limited notes and highlighting. Seller Inventory # 014043819X-2-4

Book Description Penguin Classics, 1993. Condition: Good. This is an ex-library book and may have the usual library/used-book markings inside.This book has soft covers. In good all round condition. Please note the Image in this listing is a stock photo and may not match the covers of the actual item,300grams, ISBN:9780140438192. Seller Inventory # 8472828