Items related to A Laodicean: A Story of to-Day (Penguin Classics S.)

A Laodicean: A Story of to-Day (Penguin Classics S.) 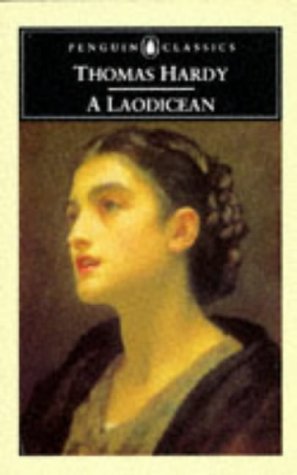 Paula Power, a vacillating young woman, is torn between her infatuation with Captain de Stancy, a wealthy railway contractor, and her love for George Somerset, a young architect.

Thomas Hardy was born in Dorset in 1840 and became an apprentice architect at the age of sixteen. He spent his twenties in London, where he wrote his first poems. In 1867 Hardy returned to his native Dorset, whose rugged landscape was a great source of inspiration for his writing. Between 1871 and 1897 he wrote fourteen novels, including Tess of the D'Urbervilles and Jude the Obscure. This final work was received savagely; thereafter Hardy turned away from novels and spent the last thirty year of his life focusing on poetry. He died in 1928.

1. A Laodicean: A Story of to-Day (Penguin Classics S.)

Book Description Paperback. Condition: Very Good. The book has been read, but is in excellent condition. Pages are intact and not marred by notes or highlighting. The spine remains undamaged. Seller Inventory # GOR002653681