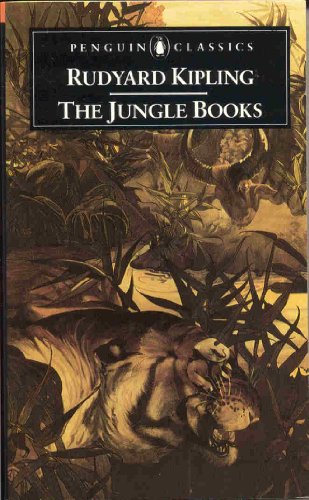 Adventure - Kipling's original story of Mowgli and his adventures in the jungle of central India among his animal teachers, friends, and foes. Contains: "The Jungle Book" and "The Second Jungle Book".

Joseph Rudyard Kipling (1865-1936) was born in India, although educated in England. He was a prolific writer and recognized as a genius. In 1907 he was awarded the Nobel Prize for Literature. His many books for children includeJust So Stories and Kim.

Mowgli, the man-cub who is brought up by wolves in the jungles of Central India, is one of the greatest literary myths ever created. As he embarks on a series of thrilling escapades, Mowgli encounters such unforgettable creatures as Bagheera, the graceful black panther, and Shere Khan, the tiger with the blazing eyes. Other animal stories range from the simple heroism found in 'Rikki-tikki-tavi' to the macabre comedy 'The Undertakers'. A rich and complex fable of human life, Kipling's enduring classic dazzles the imagination with its astonishing descriptive powers and lively sense of adventure.