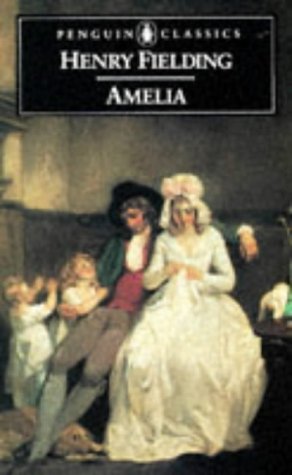 "Henry Fielding called Amelia his 'favourite Child' but the readers who loved Tom Jones, on the lookout for more jokes from this author, found the child unfunny and refused to take her in. Linda Bree's new edition of the novel creates an important opening for fresh appraisal of this innovative and challenging work. It is generously and lucidly annotated, with a discriminating introduction taking balanced account both of the historical context and most recent critical discourse. A superb addition to our resources for the study of the early modern novel as well as of Fielding." – Thomas Lockwood, University of Washington

"Amelia, Fielding's last and in some ways greatest novel, gives us marriage as epic adventure, fraught with perils and blessed with pleasures, and Linda Bree thankfully gives us a new and authoritative edition. The text is well edited and annotated, Bree's introduction superb, and the maps, glossary, and appendices all very useful." – Adam Potkay, William R. Kenan Professor of Humanities, The College of William & Mary

With its combination of satire and sentiment, its focus on the seedy side of London life, and its unexpected shifts in tone, Amelia has intrigued and disturbed readers since its first publication. Eagerly awaited by Henry Fielding's eighteenth-century readers of Tom Jones, the novel perplexed many of them. Amelia counters the traditional courtship plot of eighteenth-century novels with its convincing portrayal of a marriage between an errant husband and his wife, and is ahead of its time in its depiction of the alienation of modern city life.

Appendices include contemporary criticism and related works by Alexander Pope and Sarah Fielding.