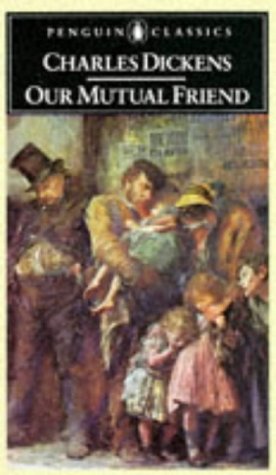 Charles Dickens's last completed novel tells the story of a young man who must marry a stranger in order to win his inheritance. Wanting to learn the lady's nature, John Harmon fakes his own death and takes on a new identity. As the complexities of the deceit are revealed, Dickens gives us his most profoundly cynical, yet brilliantly funny, insight into the corruption of wealth on human nature. 40 illustrations.

"The fact that Dickens is always thought of as a caricaturist, although he was constantly trying to be something else, is perhaps the surest mark of his genius." --George Orwell

A guide to one of my best, world-class books
Well, if, like me you've been struggling to come to terms with your rampant imagination and like the idea of dead bodies floating in the River Thames, or chunks of dead bodies preserved in glass bottles, well then, I suppose this little number is just for you. Give it a try. Charles.