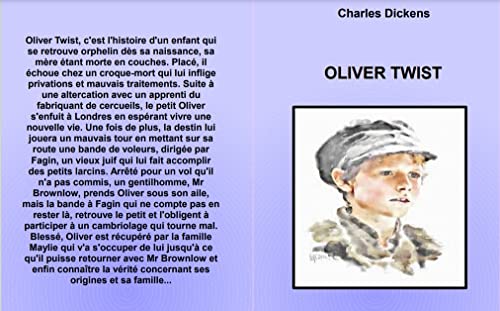 This fiercely comic tale stands in marked contrast to its genial predecessor, "The Pickwick Papers." Set against London's seedy back street slums, "Oliver Twist" is the saga of a workhouse orphan captured and thrust into a thieves' den, where some of Dickens's most depraved villains preside: the incorrigible Artful Dodger, the murderous bully Sikes, and the terrible Fagin, that treacherous ringleader whose grinning knavery threatens to send them all to the "ghostly gallows." Yet at the heart of this drama is the orphan Oliver, whose unsullied goodness leads him at last to salvation. In 1838 the publication of "Oliver Twist" firmly established the literary eminence of young Dickens. It was, according to Edgar Johnson, "a clarion peal announcing to the world that in Charles Dickens the rejected and forgotten and misused of the world had a champion."

"The power of [Dickens] is so amazing, that the reader at once becomes his captive, and must follow him whithersoever he leads."
--William Makepeace Thackeray

CD and mini-hardback format ideal for easy comprehension and reading