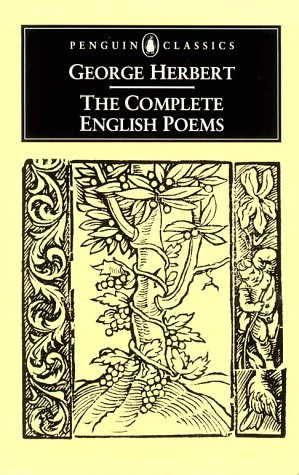 This important new edition of the worlds of George Herbert contains the complete English poems, together with the major prose pieces - the poet's own "A Priest to the Temple" and Izaak Walton's "Life of Herbert."

George Herbert (1593-1693) was a Welsh-born poet, orator and Anglican priest. Born in Montgomery to an aristocratic family, Herbert was raised primarily in England where he was educated at Westminster School and then Trinity College, Cambridge. Herbert showed promise in politics and was appointed University Orator at Cambridge and served in the parliament of King James I. In 1630 Herbert abandoned his political career and took holy orders in the Church of England.

The complete English poems of George Herbert, one of the major religious poets of the 17th century. This particular book also contains as an appendix, Isaac Walton's "Life of Herbert".

2. COMPLETE ENGLISH POEMS, THE (HER