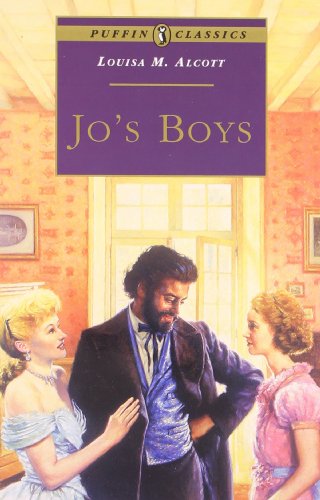 The fourth and last book about the March family.

Ten years after the school at Plumfield was founded, there is now a college, built with a legacy from old Mr Lawrence. All Jo's original children are grown young men, scattered around the world, and graceful young women with high ambitions. But young men face as many troubles as children do, and they are still 'Jo's boys'.

'Six generations of readers have found in the story of the March family universal truths about girls, families and growing up' --Guardian

'Use a hankie as a bookmark - tears are guaranteed' --Marie Claire

Louisa May Alcott (1832–88) was brought up in Pennsylvania, USA. She turned to writing in order to supplement the family income and had many short stories published in magazines and newspapers. Then, in 1862, during the height of the American Civil War, Louisa went to Georgetown to work as a nurse, but she contracted typhoid. Out of her experiences she wrote Hospital Sketches (1864) which won wide acclaim, followed by an adult novel, Moods.

She was reluctant to write a children's book but then realized that in herself and her three sisters she had the perfect models. The result was Little Women (1868) which became the earliest American children's novel to become a classic