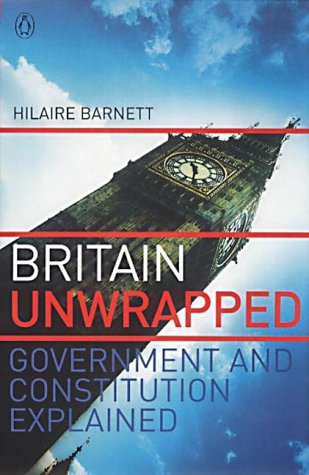 Britain Unwrapped provides a wide-ranging discussion of the contemporary system of government. It takes apart the constitutional framework, the current system and the workings of government, Parliament and the legal system. The relationship between Britain and the EU, the domestic legal systems and the law of the EU are also covered. Written in a period that has witnessed extensive and on-going constitutional reform, the text discusses the major areas of reform and looks in detail at such key issues as the Human Rights Act, reform of the House of Lords, devolution and voting reform. Britain Unwrapped is succinct, readable and a key book both for general readers and students wishing to understand how Britain is really run.

Hilaire Barnett is Senior Lecturer in Law at Queen Mary & Westfield College, University of London. She is the author of several books and study guides on Constitutional and Administrative Law and Feminist Jurisprudence.