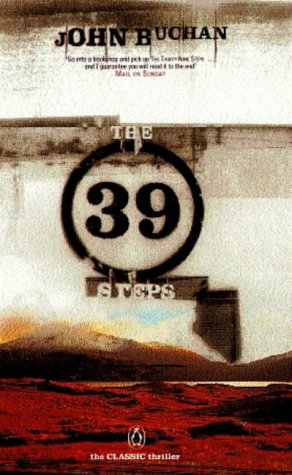 One of the most famous manhunts of all time, for an innocent man - Richard Hannay, the hero whose appeal will never die. When a mystery man whom he has been sheltering is found dead in Hannay's flat, he is sure of only one thing: that whoever committed the murder will be after him too. He must get away before he is caught, and at the same time try to decipher the puzzle of the Thirty-Nine Steps and its implications for the political situation in Europe which led to the stranger's death. It is a puzzle which takes him to the wilds of Scotland, and almost costs him his life ...

'Between Kipling and Fleming stands John Buchan, the father of the modern spy thriller' --Christopher Hitchens

'Buchan was a major influence on my work' --Alfred Hitchcock