Items related to India After Independence 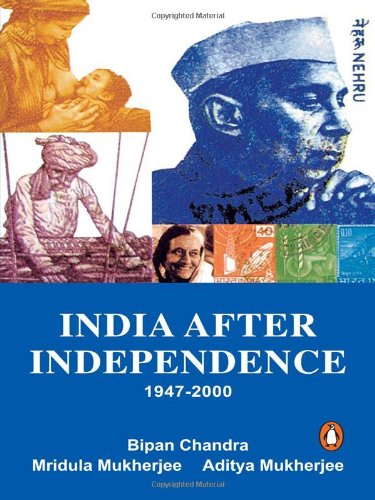 The story of the forging of contemporary India, the world's largest democracy, is a rich and inspiring one. This volume analyses the challenges India has faced and the successes it has achieved over the last five decades, in the light of its colonial legacy and century-long struggle for freedom. In doing so, it shows how unique the Indian experience is in the Third World combining development with democracy and civil liberties. The book describes how against great odds the Constitution was framed by seeking the widest possible consensus, as also how the Nehruvian political and economic agenda and basics of foreign policy were evolved and developed. Essential to the quest for consolidation of the nation was the integration of the princely states, the linguistic reorganization of the states, the integration of the tribals into the mainstream and the countering of regional imbalances. Among the other contentious issues considered here, with all their implications for the present situation, are India's foreign policy, party politics in the Centre and the states, the Punjab problem, the growth of communalism, and anticaste politics and untouchability.

There are detailed analyses of the Indian economy, including the reforms since 1991, the wide-ranging land reforms and the Green Revolution. These, along with the objective assessments of Jawaharlal Nehru, Indira Gandhi, Jayaprakash Narayan, Lal Bahadur Shastri, Rajiv Gandhi, Vishwanath Pratap Singh and Atal Behari Vajpayee constitute a remarkable overview of a nation on the move.