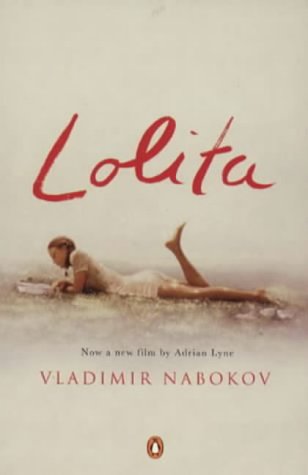 The novel that first established Nabokov's reputation with a large audience tour-de-force of comic satire on sex and the American ways of life.

Despite its lascivious reputation, the pleasures of Lolita are as much intellectual as erogenous. It is a love story with the power to raise both chuckles and eyebrows. Humbert Humbert is a European intellectual adrift in America, haunted by memories of a lost adolescent love. When he meets his ideal nymphet in the shape of 12-year-old Dolores Haze, he constructs an elaborate plot to seduce her, but first he must get rid of her mother. In spite of his diabolical wit, reality proves to be more slippery than Humbert's feverish fantasies and Lolita refuses to conform to his image of the perfect lover. Playfully perverse in form as well as content, riddled with puns and literary allusions, Nabokov's 1955 novel is a hymn to the Russian-born author's delight in his adopted language. Indeed, readers who want to probe all of its allusive nooks and crannies will need to consult the annotated edition. Lolita is undoubtedly, brazenly erotic, but the eroticism springs less from the "frail honey-hued shoulders ... the silky supple bare back" of little Lo than it does from the wantonly gorgeous prose that Humbert uses to recount his forbidden passion: "She was musical and apple-sweet ... Lola the bobby-soxer, devouring her immemorial fruit, singing through its juice ... and every movement she made, every shuffle and ripple, helped me to conceal and to improve the secret system of tactile correspondence between beast and beauty--between my gagged, bursting beast and the beauty of her dimpled body in its innocent cotton frock. " Much has been made of Lolita as metaphor, perhaps because the love affair at its heart is so troubling. Humbert represents the formal, educated Old World of Europe, while Lolita is America: ripening, beautiful, but not too bright and a little vulgar. Nabokov delights in exploring the intercourse between these cultures and the passages where Humbert describes the suburbs and strip malls and motels of post-war America are filled with both attraction and repulsion: "Those restaurants where the holy spirit of Huncan Dines had descended upon the cute paper napkins and cottage-cheese-crested salads." Yet however tempting the novel's symbolism may be, its chief delight--and power--lies in the character of Humbert Humbert. He, at least as he tells it, is no seedy skulker, no twisted destroyer of innocence. Instead, Nabokov's celebrated mouthpiece is erudite and witty, even at his most depraved. Humbert can't help it--linguistic jouissance is as important to him as the satisfaction of his arrested libido. --Simon Leake

Irons gives a brilliant performance in this unabridged reading, savouring Nabokov's dazzling word play and wringing every drop of savage black humour from a text that is much funnier than its perverse subject would suggest' Daily Express ('Lolita is pornography, and we do not plan to review it' Frederic Babcock, editor of the Chicago Tribune Magazine of Books)

Now. after several years of subterranean fame, Lolita has finally found a US publisher . . . Lolita should give his name its true dimensions and expose a wider U.S. public to his special gift -- which is to deal with life as if it were a thing created by ('It is repulsive . . . He writes highbrow pornography. Perhaps that is not his intention. Perhaps he thinks of his book as a satirical comedy and as an exploration of abnormal psychology. Nevertheless, "Lolita" is disgusting.' New York Times (August, 1958)

Here it is at last . . . But there is not a single obscene term in Lolita, and aficionados of erotica are likely to find it a dud. Lolita blazes, however, with a perversity of a most original kind. For Mr. Nabokov has distilled from his shocking material hundred-proof intellectual farce' Atlantic Monthly (September, 1958) ('Lolita is comedy, subversive yet divine ... You read Lolita sprawling limply in your chair, ravished, overcome, nodding scandalized assent')