Items related to The Queen's Man 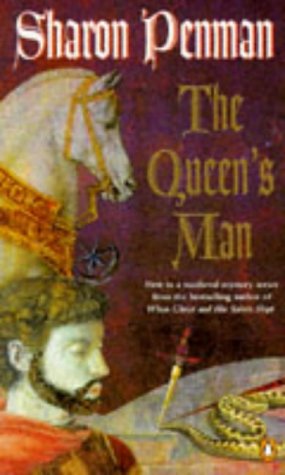 England, 1193: a land rife with rumours about the fate of its missing king. Storming from his father's house, Justin de Quincy takes the snow-driven road from Winchester to London. It is a journey that will change his life. With a rash promise to a dying man, Justin finds himself plunged into the web of conspiracy and intrigue which surrounds the disappearance of Richard the Lionheart - and under oath to the Queen herself to uncover the truth.

'Energetic and adroitly plotted... Justin is so beguiling, and the action so lively and unpredictable, that readers will cheer Justin's return in further adventures' Publisher's Weekly.

England, 1193: a land rife with rumours about the fate of its missing king. Justin de Quincy travels from Winchester to London. With a promise to a dying man, he is plunged into the conspiracy surrounding the disappearence of Richard the Lionheart, and under oath to reveal the truth to the Queen.