Items related to Excalibur: A Novel of Arthur

Excalibur: A Novel of Arthur 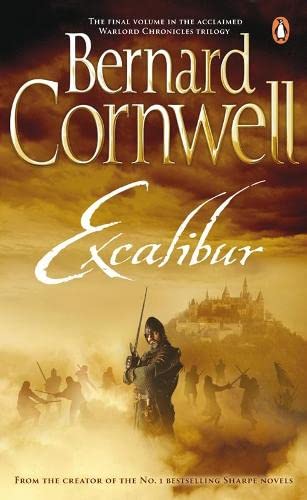 A story of love, war, loyalty and betrayal, EXCALIBUR begins with the failure of Lancelot's rebellion and the ruin of Arthur's marriage to Guinevere. The Saxons, sensing the disunity of the Britons, seize the chance to destroy Arthur. The climax of the war comes with the legendary triumph at Mount Badon, and Arthur`s great victory. But the promises he made then come back to haunt him after the years of peace and glory.

"Medieval times burst to life in Cornwell's canny retelling of the King Arthur myth." --"People" "The action is gripping and skillfully paced, cadenced by passages in which the characters reveal themselves in conversation and thought, convincingly evoking the spirit of the time." --"Publishers Weekly "on "Excalibur" (starred review) "The best Arthurian since Gillian Bradshaw, if not Mary Stewart herself." --"The Magazine of Fantasy and Science Fiction "on "Enemy of God" "The strength of the tale lies in the way Cornwellflesh-and-blood tells it through the creation of fesh-and-blood players who make a historical period come magically alive." --"The Washington Post "on "The Winter King"

Bernard Cornwell, bestselling author of the Warlord Chronicles and the Sharpe series, is married and lives in Cape Cod, USA.