Items related to The Portable Dante: The Divine Comedy, Trans.Laurence... 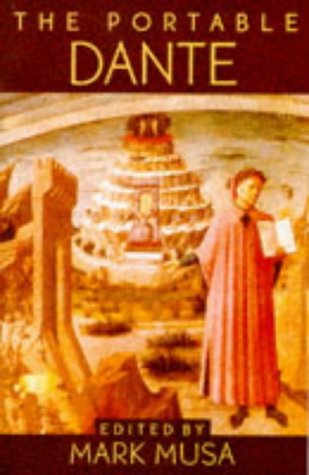 As a philosopher, Dante wedded classical methods of enquiry to a Christian faith. As an autobiographer, he looked at his own failures to depict universal moral struggles. As a visionary, he dared to draw maps of Hell, Purgatory, and Paradise and populate all three realms with recognizable human beings. As a lover, he became a poet of bereavement and renunciation. As all these things Dante Alighieri (1265-1321) paved the way for modern literature. This volume aims to capture the scope of Dante's genius. It contains complete verse translations of his two masterworks, "The Divine Comedy" and "La Vita Nuova".

Dante Alighieri was born in Florence in 1265 and belonged to a noble but impoverished family. He met Beatrice, who was to be his muse, in 1274, and when she died in 1290 he sought distraction in philosophy and theology, and wrote La Vita Nuova. He worked on the Divine Comedy from 1308 until near the time of his death in Ravenna in 1321.