Items related to The Collected Essays, Journalism And Letters, Volume... 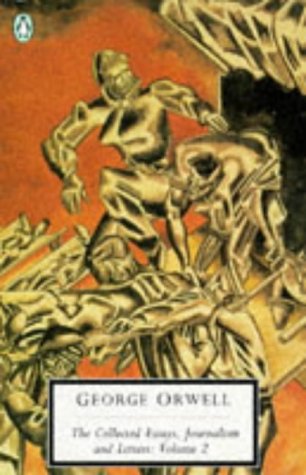 This volume covers the years when George Orwell worked as a talks assistant (and later producer) in the Indian section of the BBC. At the same time he was writing for "Horizon", "Tribune", "The New Statesman" and other periodicals. His wartime diaries are also included in this volume.

Eric Arthur Blair (1903-1950), better known by his pen-name, George Orwell, was born in India, where his father worked for the Civil Service. An author and journalist, Orwell was one of the most prominent and influential figures in twentieth-century literature. His unique political allegory Animal Farm was published in 1945, and it was this novel, together with the dystopia of Nineteen Eighty-Four (1949), which brought him world-wide fame. His novels and non-fiction include Burmese Days, Down and Out in Paris and London, The Road to Wigan Pier and Homage to Catalonia.

Book Description Soft cover. Condition: Good. No Jacket. Published by Penguin Classics in 1993, this is the revised, updated and reprinted softback version of George Orwell's The Collected Essays, Journalism and Letters: Volume 2 My Country Right or Left 1940-1943 edited by Ian Angus and Sonia Orwell. 540 pages, glossy cult pictorial card covers depicting artwork by William Roberts, the book is in good to very good condition with some general age browning/ staining throughout. Seller Inventory # 8491