Items related to On the Road

Jack Kerouac On the Road 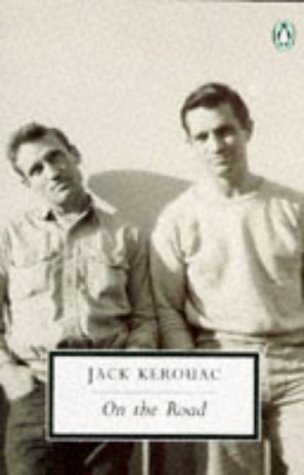 On The Road, the most famous of Jack Kerouac's works, is not only the soul of the Beat movement and literature, but one of the most important novels of the century. Like nearly all of Kerouac's writing, On The Road is thinly fictionalised autobiography, filled with a cast made of Kerouac's real life friends, lovers and fellow travellers. Narrated by Sal Paradise, one of Kerouac's alter-egos, this cross-country bohemian odyssey not only influenced writing in the years since its 1957 publication but penetrated into the deepest levels of American thought and culture. --Acton Lane

"Life is great, and few can put the zest and wonder and sadness and humor of it on paper more interestingly than Kerouac." --San Francisco Chronicle

Life is great, and few can put the zest and wonder and sadness and humor of it on paper more interestingly than Kerouac. San Francisco Chronicle"

"An authentic work of art . . . the most beautifully executed, the clearest and the most important utterance yet made by the generation Kerouac himself named years ago as 'beat, ' and whose principal avatar he is."
--Gilbert Millstein, The New York Times

"On the Road has the kind of drive that blasts through to a large public. . . . What makes the novel really important, what gives it that drive is a genuine new, engaging and exciting prose style. . . . What keeps the book going is the power and beauty of the writing."
--Kenneth Rexroth, San Francisco Chronicle

"One of the finest novels of recent years. . . a highly euphoric and intensely readable story about a group of wandering young hedonists who cross the country in endless search of kicks."
--Leonard Feather, Downbeat

ON THE ROAD (PENGUIN 20TH CENTUR