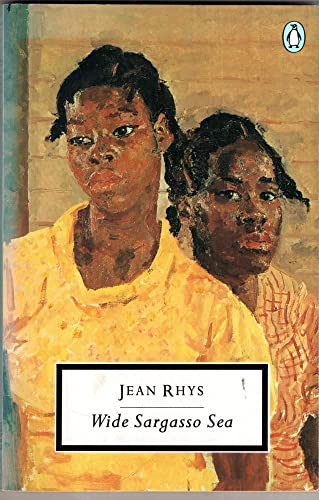 Antoinette Cosway is a Creole heiress - product of an inbred, decadent, expatriate community - a sensitive girl at once beguiled and repelled by the lush Jamaican landscape. Soon after her marriage to Rochester rumours of madness in the Cosway family poison Rochester's mind against her.

The novel is a triumph of atmosphere of what one is tempted to call Caribbean Gothic atmosphere It has an almost hallucinatory quality. "

Jean Rhys was born in Dominica in 1894. After arriving in England aged sixteen, she became a chorus girl and drifted between different jobs before moving to Paris, where she started to write in the late 1920s. She published a story collection and four novels, after which she disappeared from view and lived reclusively for many years. In 1966 she made a sensational comeback with her masterpiece, Wide Sargasso Sea, written in difficult circumstances over a long period. Rhys died in 1979.