Items related to Fragments from my Diary (Twentieth Century Classics... 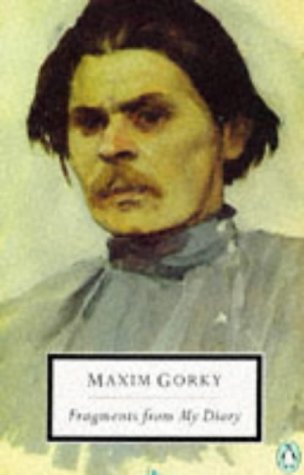 Maxim Gorky was born in 1868 in Nizhny Novgorod. After a grim childhood and some years of wandering he began to write stories and by his thirties had become famous both for fiction and plays. He became involved in revolutionary activity against the tsarist regime in Russia and had a confused, difficult relationship with the Soviet dictatorship, partly living abroad and yet becoming the USSR's most feted and widely read author. He died in 1936 under suspicious circumstances and Stalin and Molotov were among the bearers of his coffin.

2. FRAGMENTS FROM MY DIARY (TWENTIE