Items related to Father and Son: A Study of Two Temperaments (Penguin... 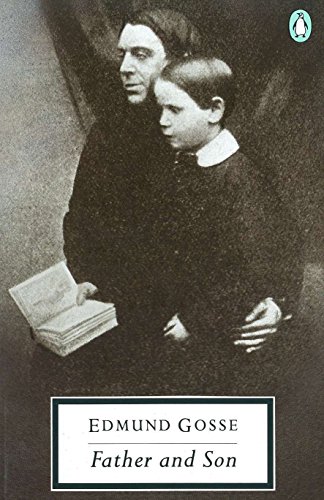 Presents the record of the author's struggle to 'fashion his inner life for himself'.

At birth, Edmund Gosse was dedicated to 'the Service of the Lord'. His parents were Plymouth Brethren. After his mother's death, Gosse was brought up in stifling isolation by his father, a marine biologist whose faith overcame his reason when confronted by Darwin's theory of evolution. "Father and Son" is also the record of Gosse's struggle to 'fashion his inner life for himself' - a record of whose full and subversive implications the author was unaware, as Peter Abbs notes in his introduction. First published anonymously in 1907, "Father and Son" was immediately acclaimed for its courage in flouting the conventions of Victorian autobiography and is still a moving account of self-discovery.

Sir Edmund William Gosse (1849 - 1928) was an English poet, author and critic. He was brought up in a small Protestant sect, the Plymouth Brethren, but broke away sharply from that faith. His account of his childhood in the book Father and Son has been described as the first psychological biography.