Items related to The Sword of Honour Trilogy: Men at Arms, Officers...

Waugh, Evelyn The Sword of Honour Trilogy: Men at Arms, Officers and

The Sword of Honour Trilogy: Men at Arms, Officers and 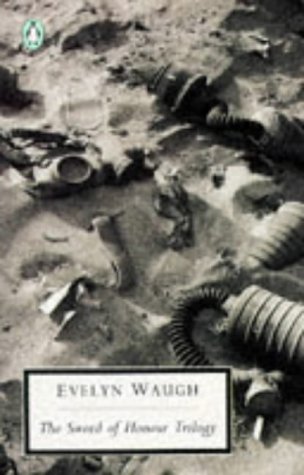 The story of Guy Crouchback, whose career as an officer in the royal corps of Halberdiers is chequered and strewn with blunders and botched encounters. It is also rich in such indelibly funny characters as Colonel Ritchie-Hook and Apthorpe.