Items related to Laughter in the Dark (Twentieth Century Classics) 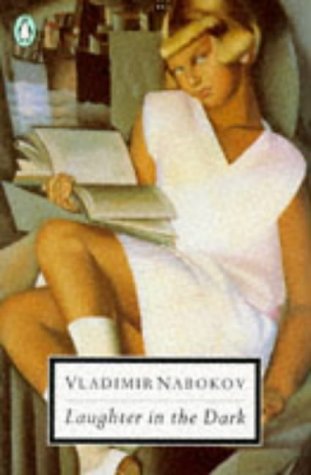 A cruel but compelling account of a man who leaves his wife for his young mistress and is launched on a course of self-destruction.

"Nabokov writes prose the only way it should be written that is, a ecstatically." -- John Updike

Vladimir Nabokov was born in 1899 in St Petersburg. He wrote his first literary works in Russian, but rose to international prominence as a masterly prose stylist for the novels he composed in English, most famously, Lolita. Between 1923 and 1940 he published novels, short stories, plays, poems and translations in the Russian language and established himself as one of the most outstanding Russian émigré writers. He died in 1977.

Book Description Paperback. Condition: Good. The book has been read but remains in clean condition. All pages are intact and the cover is intact. Some minor wear to the spine. Seller Inventory # GOR002773214

Book Description Paperback. Condition: Fair. A readable copy of the book which may include some defects such as highlighting and notes. Cover and pages may be creased and show discolouration. Seller Inventory # GOR003330883

Book Description Paperback. Condition: Very Good. The book has been read, but is in excellent condition. Pages are intact and not marred by notes or highlighting. The spine remains undamaged. Seller Inventory # GOR001289471

Book Description Penguin Books Ltd, 1990. Paperback. Condition: Used; Good. **Simply Brit** Shipped with Premium postal service within 24 hours from the UK with impressive delivery time. We have dispatched from our book depository; items of good condition to over ten million satisfied customers worldwide. We are committed to providing you with reliable and efficient service at all times. Seller Inventory # 1299676