Items related to Two Lives: Reading Turgenev and My House in Umbria

Two Lives: Reading Turgenev and My House in Umbria 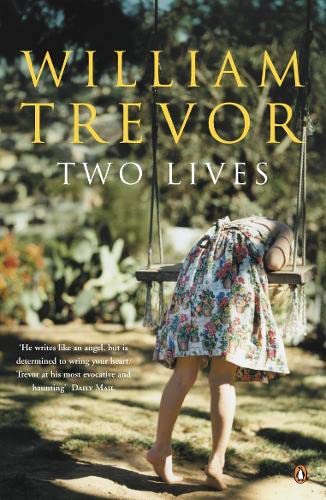 Two beautiful, memorable novels in one volume, both focussing on women who retreat into their imaginations until the boundaries between what is real and what is not become blurred.

In ‘Reading Turgenev’, which was shortlisted for the 1991 Booker Prize, an Irish country girl is trapped in a loveless marriage with an older man. But she finds unusual solace – in secret meetings with a man who shares her passion for Russian novels ...

The second story, ‘My House in Umbria’ tells how romantic novelist Emily Delahunty helps the survivors of a bomb attack on a train and invents colourful pasts for her convalescent patients.

The two lives of the title are brilliantly illuminated in a pair of short novels, Reading Turgenev and My House in Umbria, that exemplify the biting, tragicomic work of this Anglo-Irish master. The first novel is a sorrowful love story, the second a sort of thriller. Each of Trevor's two heroines is trapped in her life, one in Ireland and the other in Italy, and each has some experience of the transformational power of literature, a subject the author knows at first hand. Nobody can break your heart with such laconic precision. To be read with handkerchief in hand.

As rich and moving as anything I have read in years. When I reached the end of both of these marvellous novels, I wanted to start right again at the beginning (Guardian)

These novels will endure. And in every beautiful sentence there is not a word out of place (Anita Brookner Spectator)

Inquisitive and loving. Trevor's is among the most subtle and sophisticated fiction being written today (New York Review of Books)

A writer at the peak of his powers; it reminds you what good reading is all about (Chicago Sun Times)

Reading Turgenev is one of the most beautiful and memorable things he has written. It stays in your memory -like Turgenev (Independent on Sunday)

He writes like an angel, but is determined to wring your heart. Trevor at his most evocative and haunting (Daily Mail)