Items related to The Wives of Bath

Swan, Susan The Wives of Bath

The Wives of Bath 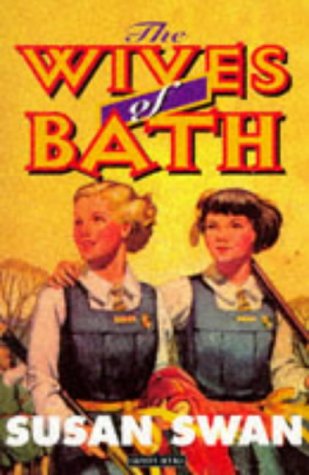 It is 1963. Mouse Bradford, a motherless 14-year-old, has been sent to Bath Ladies College by her remote, adored father, but she doesn't like girls. Mouse's only confidantes are Alice (the hump on her back) and J.F. Kennedy, to whom she writes detailing her growing involvement with a school girl.

Susan Swan is the author of The Biggest Modern Woman in the World andThe Last of the Golden Girls. She lives in Toronto.

ntroduction by the author about the process of the novel becoming a film.

Now a film – Lost and Delirious – based on the bestselling novel, directed by Lea Pool and starring Piper Perabo, Jessica Paréand Mischa Barton.

This fall Susan Swan’s gothic tale of sexual longing and repression at a boarding school for proper young ladies comes to the big screen in a critically acclaimed production renamed Lost and Delirious. Renowned film critic Roger Ebert called it “one of the most carefully crafted, most professional films...at this year’s Sundance Film Festival...the characters are enormously interesting and likable [and] gorgeous.”

1. The Wives of Bath

2. The Wives of Bath

Book Description Paperback. Condition: Very Good. The book has been read, but is in excellent condition. Pages are intact and not marred by notes or highlighting. The spine remains undamaged. Seller Inventory # GOR006409578

3. The Wives of Bath

Book Description Paperback. Condition: Fair. A readable copy of the book which may include some defects such as highlighting and notes. Cover and pages may be creased and show discolouration. Seller Inventory # GOR010620586

4. The Wives of Bath

5. The Wives of Bath

Book Description -. Paperback. Condition: Very Good. The Wives of Bath This book is in very good condition and will be shipped within 24 hours of ordering. The cover may have some limited signs of wear but the pages are clean, intact and the spine remains undamaged. This book has clearly been well maintained and looked after thus far. Money back guarantee if you are not satisfied. See all our books here, order more than 1 book and get discounted shipping. Seller Inventory # 7719-9780140140965

6. The Wives of Bath

Book Description Penguin Books / Granta, 1994. Paperback. Condition: Used; Good. **Simply Brit** Shipped with Premium postal service within 24 hours from the UK with impressive delivery time. We have dispatched from our book depository; items of good condition to over ten million satisfied customers worldwide. We are committed to providing you with reliable and efficient service at all times. Seller Inventory # 3080942