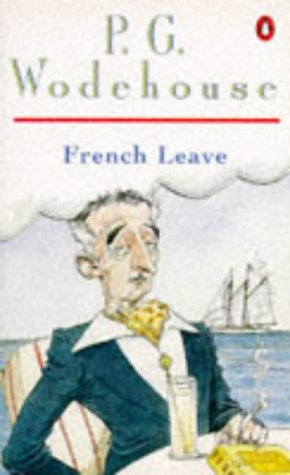 Terry and Jo Trent fly from the chicken farm in Bensonburg to the fleshpost of France, where even the eagle eye of elder sister Kate cannot prevent muddle, mismatch, and mayhem.

"Wodehouse is the greatest comic writer ever." --Douglas Adams "Could a P. G. Wodehouse revival be more timely? Overlook Press, which is reissuing Wodehouse's comic novels, clearly has its finger on America's pulse...With its sumptuously bound editions, Overlook Press has done the master proud." --"Los Angeles Times" "Wodehouse's novels are the very definition of British humor--bubblingly witty and dryly loony. And as Overlook continues its reissue of these absurd souffles, you can buy the work for yourself in suave hardcover volumes, the dust jackets as natty as the prose" --"Entertainment Weekly" "Writers from Evelyn Waugh and George Orwell to Frank McCourt and Ben Elton have praised not only Wodehouse's comic genius but also his impeccable craftsmanship...Each element in a Wodehouse plot, however comically familiar, is irreplaceable." --"Boston Globe" "The jokes in Wodehouse aren't like anyone else's jokes, because they depend less on punch lines than on how he manipulates the language--flawlessly, but with a well-honed sense of fun." --"Newsweek"

In French Leave Wodehouse abandons his familiar world of English country houses and London clubs for a more sophisticated European milieu and the comedy is just as light-hearted.