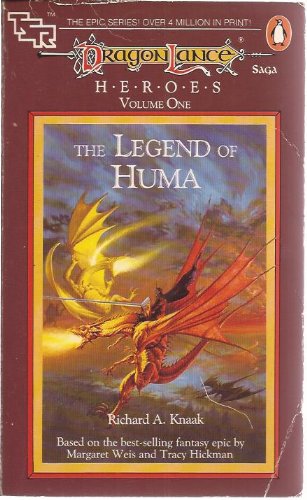 This legend tells of Huma, fabled hero of the Lance - his mysterious origins, his Oath to the Measure, treachery among the Knights of Solamnia, his love for Silver Dragon, and the fated showdown between the Queen of Darkness and the forces of Paladine.

Richard A. Knaak is the author of 22 fantasy novels, including the Dragonlance novel titles Kaz the Minotaur and the New York Times best-selling The Legend of Huma. He
is currently working on Tides of Blood, the second title in The Minotaur Wars trilogy. Other works include Day of the Dragon and Legacy of Blood, based on the popular computer games Warcraft and Diablo.