Seize the Day (Penguin Great Books of the 20th Century) 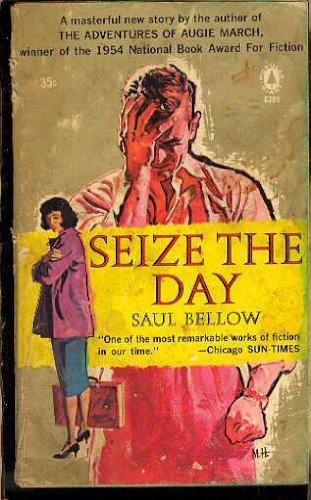 Saul Bellow is recognized as one of the most important American writers of the twentieth century. He was born in 1915 to Russian immigrant parents in Quebec, Canada. His first two novels, Dangling Man (1944) and The Victim (1947), attracted a small following, but it was his next novel, The Adventures of Augie March (1953), that put Bellow on the literary map. Bellow's other works of fiction include Herzog (1964), and Humboldt's Gift (1975, winner of the Pulitzer Prize), Ravelstein (2000). Bellow was awarded the Nobel Prize in Literature in 1976. He died in 2005.

1. Seize the Day (Penguin Great Books of the 20th Century)