Items related to The Infernal World of Branwell Bronte

The Infernal World of Branwell Bronte 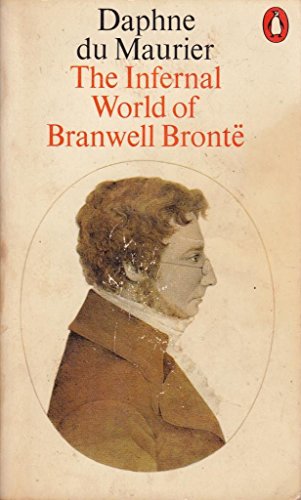 Pursued by the twin demons of drink and madness, Branwell Bronte created a private world that was indeed infernal. As a bold and gifted child, his promise seemed boundless to the three adoring sisters over whom his rule was complete. But as an adult, the precocious flame of genius distorted and burned low. With neither the strength nor the resources to counter rejection, unable to sell his paintings or publish his books, Branwell became a spectre in the Bronte story, in pathetic contrast with the astonishing achievements of Charlotte, Emily and Anne. This is the biography of the shadowy figure of the "unknown" Bronte.

A poignant portrait of the unknown Bronte.

A poignant portrait of the unknown Bronte."

THE INFERNAL WORLD OF BRANWELL BRONT?

The Infernal World of Branwell Bronte