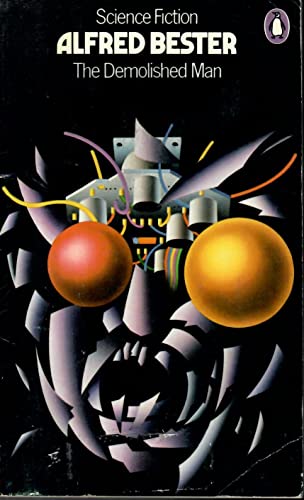 Essef - Ben Reich sets out to conquer the galactic empires of the 24th century. His enemies are 'the peepers', the elite who can read men's mind...

In a world policed by telepaths, Ben Reich plans to commit a crime that hasn't been heard of in 70 years: murder. That's the only option left for Reich, whose company is losing a 10-year death struggle with rival D'Courtney Enterprises. Terrorized in his dreams by The Man With No Face and driven to the edge after D'Courtney refuses a merger offer, Reich murders his rival and bribes a high-ranking telepath to help him cover his tracks. But while police prefect Lincoln Powell knows Reich is guilty, his telepath's knowledge is a far cry from admissible evidence. --This text refers to an out of print or unavailable edition of this title.

SALES POINTS * #14 in the Millennium SF Masterworks series, a library of the finest science fiction ever written * The first-ever winner of the Hugo Award for best sf novel of the year. * żBesterżs two superb books have stood the test of time. For nearly fifty years theyżve held their place on everybodyżs list of the ten greatest sf novelsż -- Robert Silverberg * żAlfred Bester wrote with the pedal to the floor and the headlights on full beam. His work combined erudition with an unparalleled imaginative inventiveness. Bester was writing cyberpunk while William Gibson was still running around zapping the other kids at school with a toy raygunż -- James Lovegrove

Book Description Paperback. Condition: Good. The book has been read but remains in clean condition. All pages are intact and the cover is intact. Some minor wear to the spine. Seller Inventory # GOR001354300

Book Description Paperback. Condition: Very Good. The book has been read, but is in excellent condition. Pages are intact and not marred by notes or highlighting. The spine remains undamaged. Seller Inventory # GOR001465873

Book Description Paperback. Condition: Fair. A readable copy of the book which may include some defects such as highlighting and notes. Cover and pages may be creased and show discolouration. Seller Inventory # GOR001248036

Book Description Penguin Books, 1974. Condition: Good. A+ Customer service! Satisfaction Guaranteed! Book is in Used-Good condition. Pages and cover are clean and intact. Used items may not include supplementary materials such as CDs or access codes. May show signs of minor shelf wear and contain limited notes and highlighting. Seller Inventory # 0140025367-2-4