Items related to Clock Without Hands 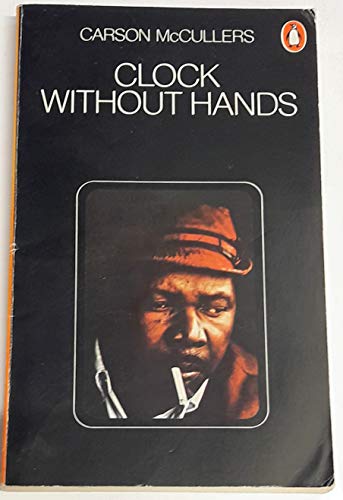 Judge Clane dreams of resurrecting the confederacy, while his grandson, Jester, is drawn to Sherman, a volatile black orphan who feels the sharp sting of racial injustice. Through the eyes of these individuals the book explores the roots of racial prejudice in the 1950s.

Carson McCullers (1917-1967) was the author of numerous works of fiction and nonfiction, including The Heart is a Lonely Hunter, The Member of the Wedding, Reflections in a Golden Eye, and Clock Without Hands. Born in Columbus, Georgia, on February 19, 1917, she became a promising pianist and enrolled in the Juilliard School of Music in New York when she was seventeen, but lacking money for tuition, she never attended classes. Instead she studied writing at Columbia University, which ultimately led to The Heart Is a Lonely Hunter, the novel that made her an overnight literary sensation. On September 29, 1967, at age fifty, she died in Nyack, New York, where she is buried.

Book Description Paperback. Condition: Very Good. The book has been read, but is in excellent condition. Pages are intact and not marred by notes or highlighting. The spine remains undamaged. Seller Inventory # GOR001232650

Book Description Penguin, 1977. Condition: Good. This is an ex-library book and may have the usual library/used-book markings inside.This book has soft covers. In good all round condition. Seller Inventory # 6232043

Book Description Paperback. Condition: Fair. A readable copy of the book which may include some defects such as highlighting and notes. Cover and pages may be creased and show discolouration. Seller Inventory # GOR004541255