Items related to Art Past, Art Present with CD-ROM

Art Past, Art Present with CD-ROM 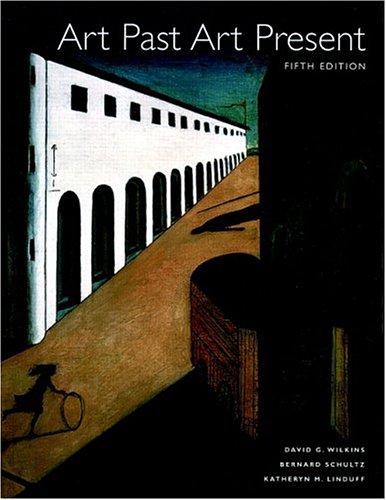 Authoritative and substantive―yet accessible―this text looks at the historical and cultural contexts of art works and architecture around the world from prehistoric times to the 20th century―with detailed and informative analyses of art, artists, patrons, and techniques. A unique chronological presentation in compact topical units offers an exceptionally easy-to-use format―with general period/style introductions followed by self-contained sections on a selected number of specific representative pieces. The global focus emphasizes the diversity and commonality of human experience.

HIGHLIGHTS OF THE NEW EDITION

This new fifth edition of Art Past Art Present builds on its reputation for balanced coverage of global art, with new sect in Chapter 3 "Ancient Art," on the Olmec in Mesoamerica, Nomadic Art in Siberia, the Han Dynasty in China, and Dongson Culture in Vietnam. Chapter 4, "Art from 200-1400," no", includes Moai Ancestor Figures from Polynesia, an The Great Mosque at Jenne, while later chapters see new units on Machu Picchu, The Taj Mahal, and eighteenth-century art in Korea. Coverage of the twentieth and twenty-first centuries has been comprehensively revised and expanded, in Chapter 10 "Art from 1900-1949," Chapter 11 "Art from 1950-1999," and the newly created Chapter 12 "Art in the Nee Millennium," which includes such works as Mariko Mori's Wave UFO, and Bill Viola's Five Angels for the Millennium.