Items related to The Philosophic Roots of Modern Ideology: Liberalism,... 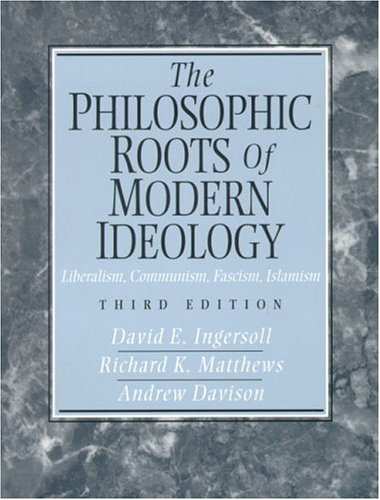 A collection of philosophically oriented essays on the four main political ideologies of liberalism, communism, fascism, and Islamism, this text provides an overview for students who have little or no knowledge of the basic political idea systems of modern times. It offers textual analysis of some of the major political thinkers of the modern age: Hobbes, Locke, Burke, Jefferson, Madison, Rousseau, Marx, Lenin, Gorbachev, Hitler, Mussolini, Khomeini, and more. These discussions will give students a better understanding of the conflicts and actions of groups and individuals who see the world through different ideological lenses.

THE PHILOSOPHIC ROOTS OF MODERN