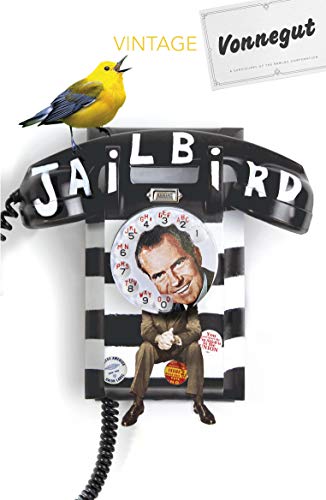 Now Walter F. Starbuck is coming out of jail, into the brave new world of 1980s Manhattan, and this is the story of his first twenty-four hours of freedom.

"As provoking, as amusing and as silver-tongued as anything Vonnegut has written" (New Statesman)

"Jailbird has the crackle and snap of Vonnegut's early work - his best since Cat's Cradle. Using the laid-back, ironic voice that has become his stademark, Vonnegut combines fiction and fact to construct an ingenious, wry morality play" (Newsweek)

"After Vonnegut, everything else seems a bit tame" (Spectator)