Items related to Kaddish in Dublin 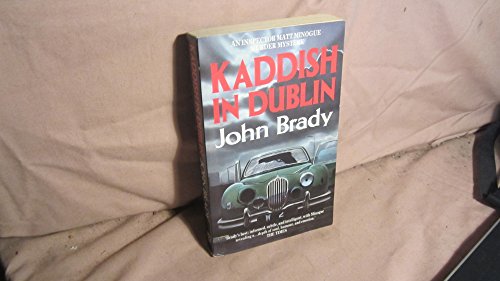 When journalist, Paul Fine, is found dead and an unknown Palestinian organization claims responsibility, Inspector Minogue is uneasy - Arab terrorists are new to Ireland. However, when a second body is found, he concludes that the murderer is closer to home. From the author of "Unholy Ground".

A native of Dublin, John divides his time between Ireland and Canada, where he and his wife Hanna raise their family. Growing up in Ireland, with a mother from the west of Ireland and a father from Dublin, home was where talk and imagination and character were at to the core of life. Everyone had a story, a song, a joke. John continues to follow the lure of travel. rambling in Ireland’s Burren or Dublin's streets, or hill-walking in southern Austria. Trained as a teacher, he still goes by the axiom that only that which is useless, or can’t be taught, is irresistible.