Items related to A Family Affair 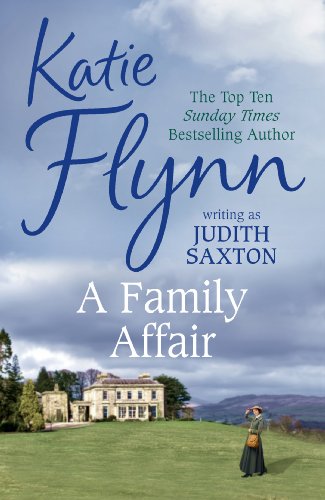 It is 1900 and Adeline Warburton and Arnold Haslington have fallen deeply in love. But though both are from wealthy families, their social status is too far apart for their families to approve of the match. And when Arnold marries another, Adeline’s reaction is immediate and altogether unexpected, as she travels to make a new life in China.

But although they are separated by thousands of miles, the consequences of their youthful passion continue to haunt them and their children – Addy’s daughter Nala and Arnold’s son, Philip.
As the years pass, and the children grow, violent forces are set to bring them together, unaware of the secrets from the past that bind them.

From the bestselling author Katie Flynn, A Family Affiar is a sweeping family saga travelling from England to China at the beginning of the 20th century

Katie Flynn is the pen name of the much-loved writer, Judy Turner, who published over ninety novels in her lifetime. Judy’s unique stories were inspired by hearing family recollections of life in Liverpool during the early twentieth century, and her books went on to sell more than eight million copies. Judy passed away in January 2019, aged 82.

The legacy of Katie Flynn lives on through her daughter, Holly Flynn, who continues to write under the Katie Flynn name. Holly worked as an assistant to her mother for many years and together they co-authored a number of Katie Flynn novels, including Christmas at Tuppenny Corner.

Holly lives in the north east of Wales with her husband Simon and their two children. When she’s not writing she enjoys walking her two lurchers, Sparky and Snoopy, in the surrounding countryside, and cooking forbidden foods such as pies, cakes and puddings! She looks forward to sharing many more Katie Flynn stories, which she and her mother devised together, with readers in the years to come.