Items related to Star Wars Lost Tribe of the Sith: The Collected Stories

Star Wars Lost Tribe of the Sith: The Collected Stories 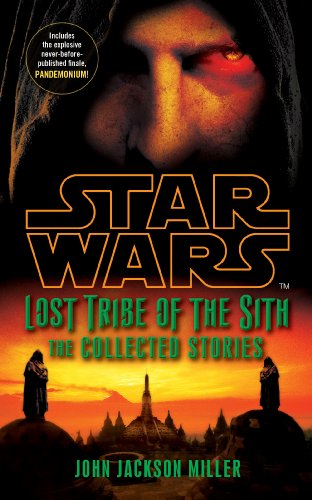 This collection of nine Lost Tribe of the Sith stories is for fans of the New
York Times bestselling Fate of the Jedi series, as it features the origin story
of the tribe of Sith that play such a crucial role in those novels.
The bestselling Fate of the Jedi novels introduce the Star Wars universe to a
long-forgotten tribe of Sith. This collection of stories tells the origin of that tribe.
Written by John Jackson Miller, this paperback will include all eight of the Lost
Tribe of the Sith stories, as well as "Pandemonium," the never-before-seen final
chapter that will only be available in this collection.

Author and game designer JOHN JACKSON MILLER is the author of Star Wars:
Knight Errant and the Star Wars: Lost Tribe of the Sith eBook series, as well as
the writer of nine Star Wars: Knights of the Old Republic graphic novels. His
comics work includes writing for Iron Man, Mass Effect, Bart Simpson, and Indiana
Jones. He lives in Wisconsin with his wife, two children, and far too many comic
books.