Items related to Star Wars: Fate of the Jedi: Apocalypse 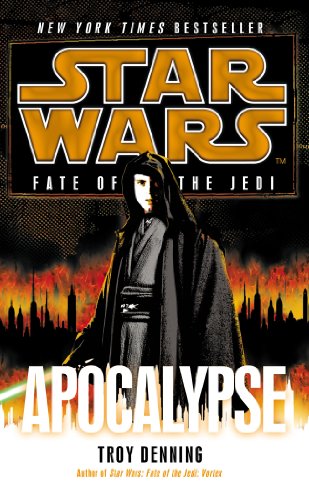 In the stunning finale of the epic Fate of the Jedi series, Jedi and Sith face off - with Coruscant as their battlefield. For the Sith, it's the chance to restore their dominance over the galaxy that forgot them for so long. For Abeloth, it's a giant step in her quest to conquer all life everywhere. For Luke Skywalker, it's a call to arms to eradicate the Sith and their monstrous new master once and for all.

In a planetwide strike, teams of Jedi Knights take the Sith infiltrators by swift and lethal surprise. But victory against the cunning and savage Abeloth, and the terrifying endgame she has planned, is anything but certain. And as Luke, Ben, Han, Leia, Jaina, Jag and their allies close in, the devastating truth about the dark side incarnate will be exposed - and send shoch waves through the Jedi Order, the galaxy, and the Force itself.

The Apocalypse is coming! In this final novel in the thrilling nine-book Fate of the Jedi series, it's Jedi against Sith . . . and Luke Skywalker against Darkness itself!

TROY DENNING is the author of ten New York Times bestselling Star Wars novels, as well as Waterdeep (under the pseudonym Richard Awlinson) and more than nineteen other novels, including Pages of Pain, Beyond the High Road, and The Summoning. A former game designer and editor, he enjoys hiking, mountain climbing, judo, and any sport that involves going fast with boards strapped to his feet. He lives in western Wisconsin with his wife, Andria.